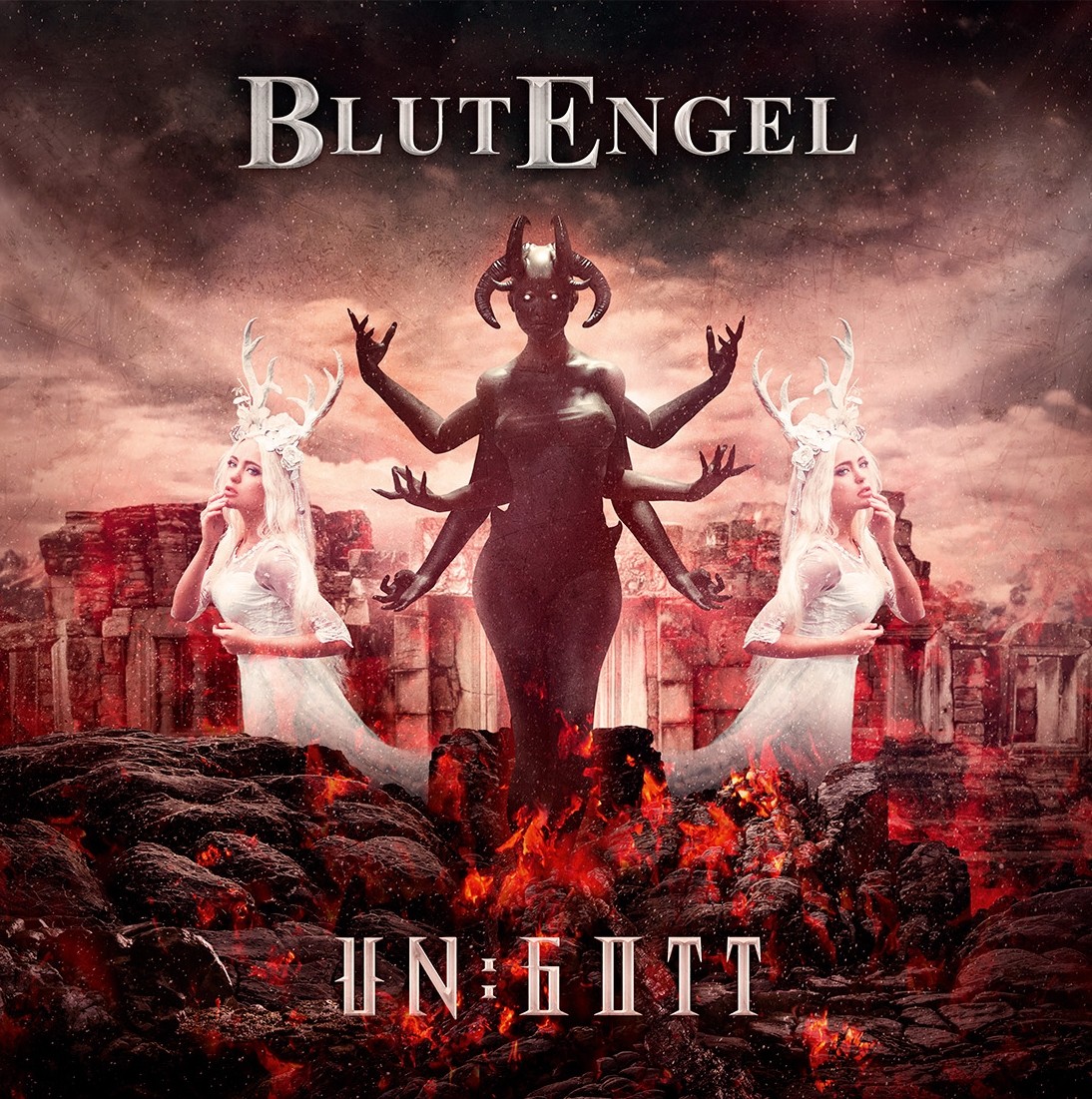 Two years after top-5-album and with three pre-singles in their back Blutengel releases their new album „Un:Gott“. Once again frontman Chris Pohl allows a view into his world, whose development mostly can be described with one attribute musically as much as lyrically: larger!

Where the journey started with „Child Of Glass“ 20 years ago, the circle closes for „Un:Gott“ builds the bridge between past and future. The traditional style loved by fans is maxed out to the last consequence. Epic melodies unifies with danceable beats and produce sinister, extremely catchy anthems lead by vocalists Chris Pohl and Ulrike Goldmann. The chorusses are even more direct into the ear, the melancholy is a bit more gloomy, the angry parts are a bit more furious, hope is even brighter, the sustained emotions more intense. Regarding that, the band satisfy with their lack of compromise in maintaining their trademarks and carrying it sensibly into the new times. A part of this is the lyrical concept being derived directly from the album title: Unmensch is the german word for the opposite of human, a human that behaves inhuman. Analogical an „Un:Gott“ is a god that spreads despair and makes bad things happen. Should you pray to this god and follow his strict rules? Or do you better go with the other side? Is probably the devil ruling the world? The question about death and what comes after it is a natural follow-up. But the human has his place as well with his guilty pleasures and suffering, including his best luck and worst curse: love.

„Un:Gott“ will be released in this versions:

The single CD with the album, just pure and with the beautiful booklet. A bit more is provided on the Deluxe-Double-CD coming in a Digipak with 9 bonus tracks.

Recordlovers would prefer the limited bloodred Double Vinyl with the noble gatefold bringing the artwork to shine by its pure size. Vinyl will be delivered including Downloadcode.

The absolute maximum is the limited Boxset bringing it all in: Aside of the Deluxe-Double-CD it contains the exclusive minialbum „Demons Of The Past“ where Blutengel show their very own, characteristic interpretations of Chris Pohl‘s favourites from the eighties. Additionally Chris worked together with Alchemy of England to design an exclusive handmade cross pendant. This massive pendant of 6.4 cm length is made of metal and has the bandlogo entched on both sides – this is forever! And thanks to the differently positioned bandlogos and the strap holes on both sides you can wear the cross upside or downside, just as you prefer. And to close the package five high-quality artprints with exclusive motives of the band are also included.